Planktovie / Our blog  / Clownfish : the reference in aquariums 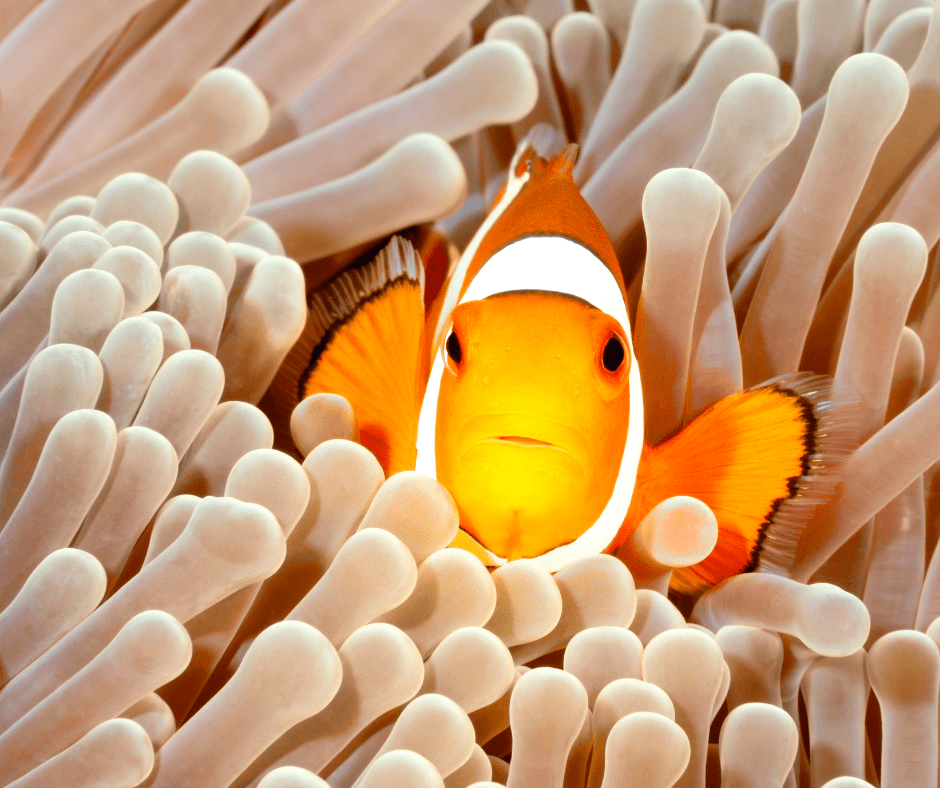 Clownfish : the reference in aquariums


Recognizable by its orange-red body and white stripes, the clownfish is the reference of small fish 🐟.

💭 Contrary to what we may think, there are no less than 29 different species of clownfish.
It is the number of white stripes, the shape of the fins or even the color tones of their bodies that differentiate them.
Clownfish often form harems when there are several of them. The largest and most dominant of all becomes the female. This individual will lead the harem and the other fish in the harem will remain male. When the female dies or is eaten by a predator, it is a male of the harem that becomes a female in turn and dominates the harem. It is because of this hermaphroditism that the clownfish will change or not change sex during its life.

⭐ Close to sea anemones, clownfish like to spend most of their time in and around the anemone. The venomous tentacles of the anemone do not reach the clownfish, which is protected by a layer of mucus.
The anemone provides protection against predators such as other fish that would like to eat it. Moreover, the anemone obtains food from this cohabitation by feeding on the fish’s excrement. It is a form of mutualism which allows them to live in symbiosis.

👉 To mark their territory, the cry is a particularity of the clownfish.
Unlike humans, the female has a low tone and the males higher pitched.

📌Concerning their diet, clownfish are omnivores. They feed on food on the surface of their anemone. In addition, zooplankton such as copepods or tunicate larvae are prime prey.
In the aquarium, flakes or pellets of good nutritional quality will be essential for their development. You can also feed them frozen foods such as daphnia or artemia to ensure good health.

Do you have clownfish in your aquarium ?