Planktovie / Our blog  / Correlation of coral coloration and bleaching resistance 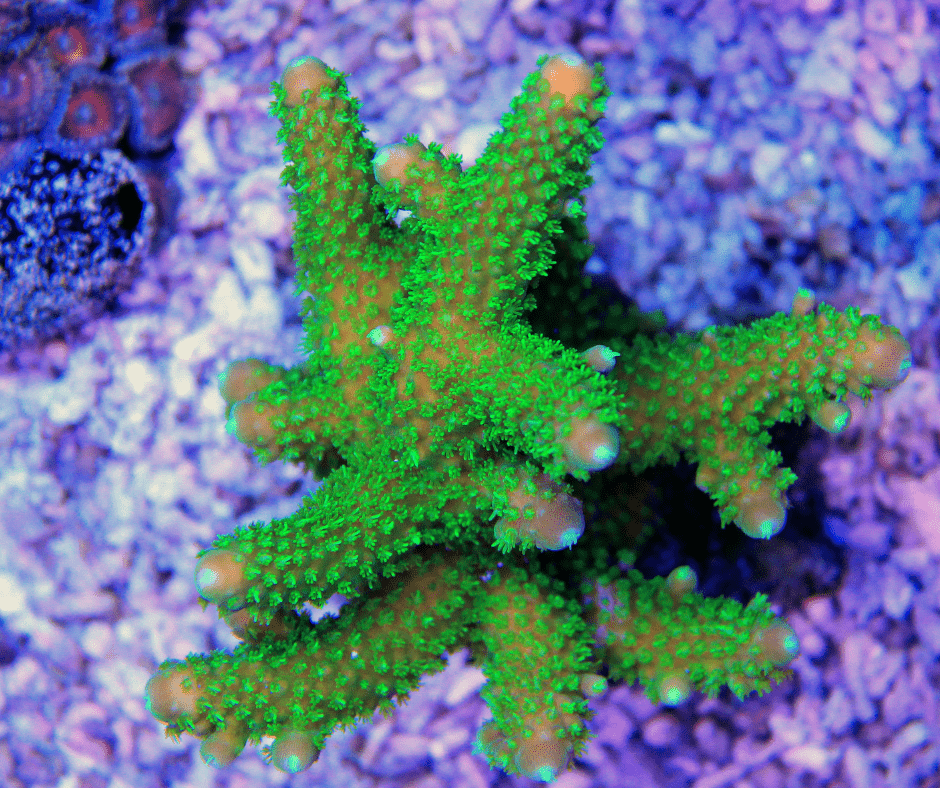 
It is along the coasts of Okinawa in Japan that the Acropora tenuis develops particularly. This coral is very diverse and has 3 colors according to its resistance to water parameters.
From brown 🟫 to purple 🟪 or yellow-green 🟨🟩, this acropora has been closely observed by researchers.

The particularity of this species remains in its change of color.
Surprisingly depending on its color, the coral is more or less resistant to bleaching 🌕.

To better understand this phenomenon, several hypotheses have emerged.
📌The first one highlighted the importance of zooxanthellae and its symbiotic algae that perform photosynthesis and sugar production for the coral.
📌The second was based on the fact that symbiotic algae are all different in the face of changing parameters in the environment. Only for our species, it has similar symbiotic algae.

The researchers 👨🔬 then looked at the genome of the species. This study identified several genes and proteins that play a role on the coloration of the coral (green, cyan, red and chromoprotein fluorescent proteins).

It is then that a questioning on the seasonality and the presence of these proteins has been issued.

It should also be noted that brown 🟫 and yellow-green 🟨corals produce more green proteins than purple 🟪 corals, which compensate with chromoproteins. Yellow-green corals 🟨are the only ones to maintain a high level of green proteins 🟩.

For the researchers, there is not necessarily causality in front of these correlations.
According to them, “resistance to heat stress is modified by genetic mechanisms that coincidentally lead to the diversification of color forms in this coral. ”

👉 In your opinion, is there a causality between coral coloration and its resistance to bleaching? Tell us in a comment.