Planktovie / Our blog  / The development of phosphates in the aquarium 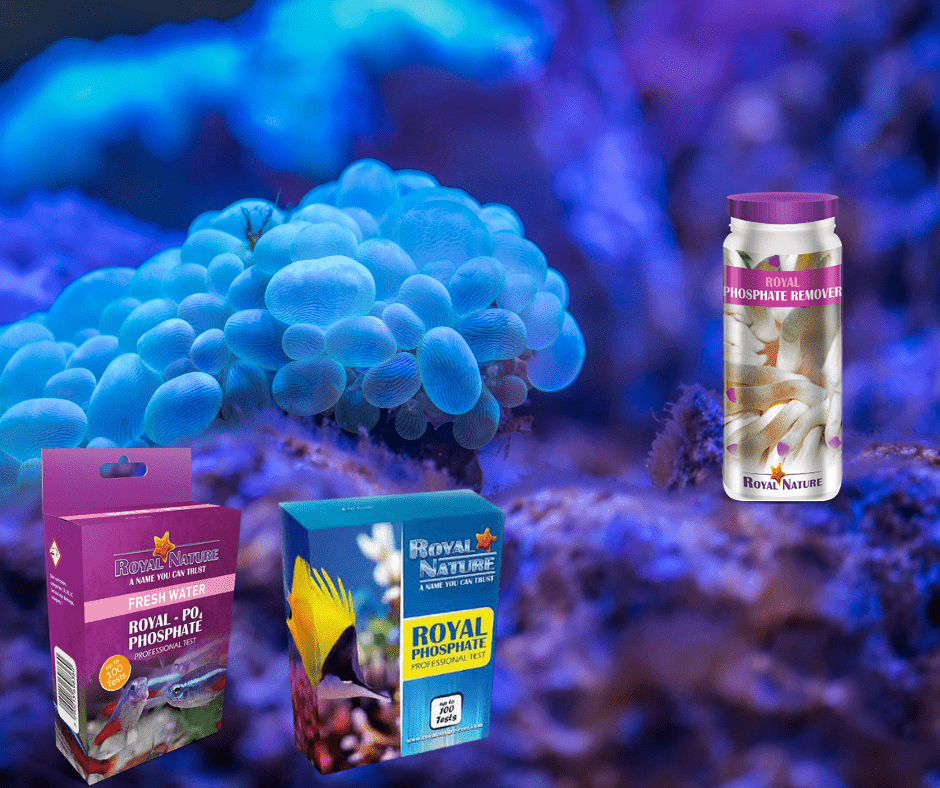 The development of phosphates in the aquarium


Phosphates are chemical compounds consisting of phosphorus and oxygen ions (Po4), present in almost all living marine organisms. They are therefore mainly ejected as biological waste by the inhabitants of your tank. They are also one of the main causes for the growth and abundance of algae in both marine and freshwater aquariums. The main consequences of the development of phosphates in an aquarium are the appearance of other undesirable algae, the slowing down of coral growth and even the discoloration and bleaching of the corals. It can also affect the immune system of marine species in the aquarium.

To better understand the reasons for phosphates in your aquarium, you need to identify the cause. There are several causes for the development of phosphates in an aquarium.

The first is water changes. We advise you to change at least 10% of the capacity of your aquarium every two weeks to avoid the proliferation of algae.

To avoid phosphate build-up, it is also advisable not to overfeed the tank and if possible use live and frozen food to avoid deposits at the bottom of the aquarium.

We had already written an article on the subject but a good stirring about 30 to 40 times the volume of the tank per hour with a stirring of the sand and a good way to avoid getting phosphates.

For a better operation, opt for a skimmer, filters and osmosis water of good quality.

To test your phosphate level, we guide you to Royal Nature tests for fresh and sea water.

Here is the link to test in fresh water

The link to test in sea water

If you get a high level of phosphates, you can try the phosphate neutralizer

Here is a short video explaining how to use it