Planktovie / Our blog  / Shoals of fish 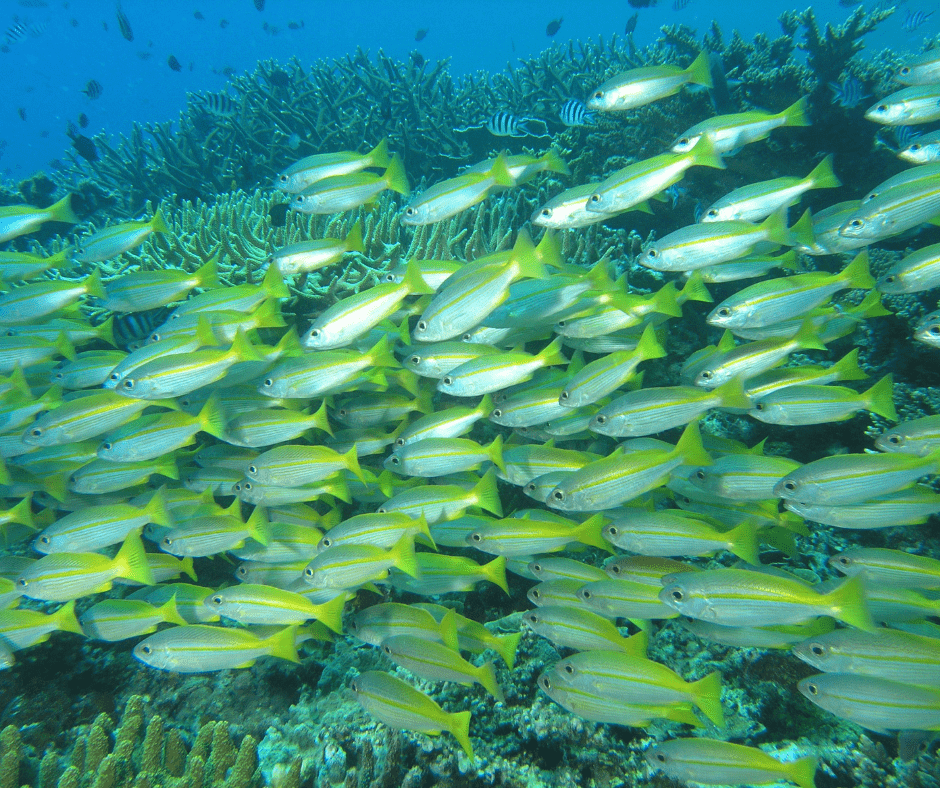 
A shoal of fish is a group of several fishes very organized. This one allows its inhabitants to live in full health while being protected. It gives them a possibility to feed and of course to reproduce.

Shoals of fish are often formed in sea water but also in fresh water. It is in marine waters that you can see the largest schools of fish.

Zebrafish, known to be models in scientific research, are schooling fish. There are also tuna, sardines and many other species.
This very common way of life leads fish to unite by saving energy. The hierarchy does not exist however they organize themselves in band while reducing the risks of predators.

Indeed, by walking around in schools, they develop more chances to see a predator quickly. Thus, the predator finds himself in front of a shoal and prefers to go towards a prey easier to catch.
As they swim in the same direction, they are carried along by a current allowing them to save this energy to eat better for example.

Even if the organization of the schools differs according to the species, mostly the biggest fishes are in the center with the small fishes around.

It happens that the shoals dissolve with opposite directions for the parts. Often, this dispersion happens when the school finds itself in front of a danger, which allows it to surprise the predator.

It is thanks to their communication, hierarchy and organization that shoals of fish defend themselves collectively and ensure a longer life expectancy.