Planktovie / Our blog  / The boxer crab 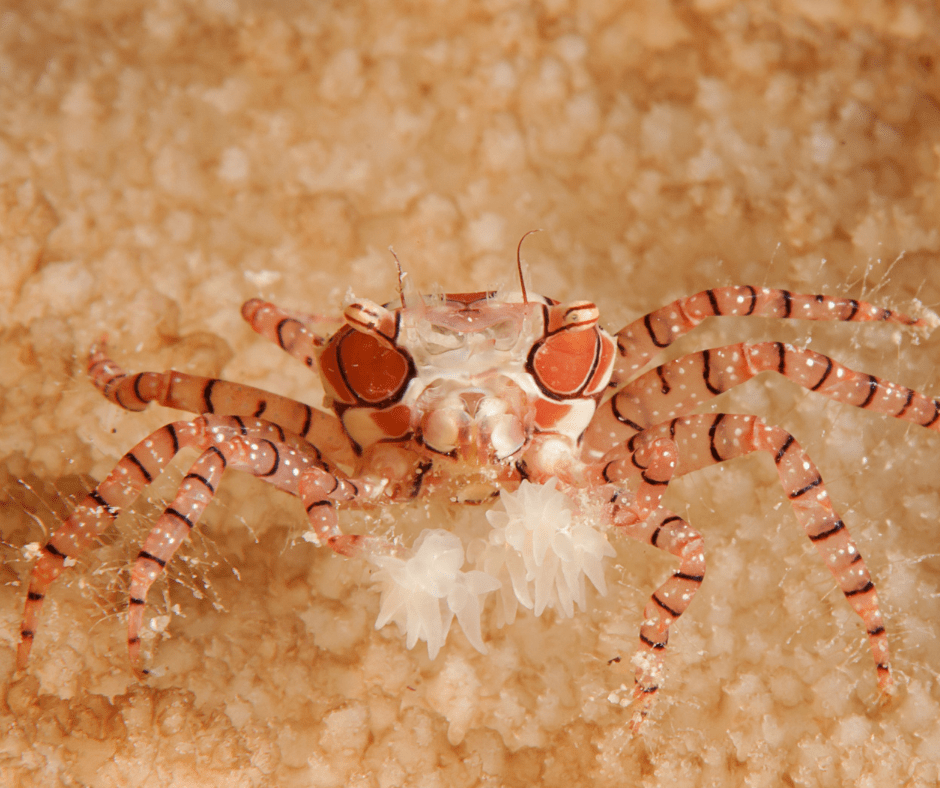 
The boxer crab or pom-pom crab is a small crab with a body of 2 to 2.5 cm maximum.
It lives near the Great Barrier Reef, in the Indian Ocean and the tropical Pacific Ocean. It is found on sandy and gravelly bottoms, where it is well camouflaged, and on living corals where it clings with its long thin legs ringed with black and white spots.

To recognize it, its carapace is trapezoidal with patterns and its eyes are large and clear.
Its particularity remains in its association with two sea anemones lodged in each of its claws.
These anemones are very stinging and protect the crab from its predators.
They are also useful for feeding thanks to tentacles that can capture small preys.

This small crab feeds on small invertebrates, shrimps, algae and other detritus.

The life span of these anemones is rather short.
If it happens to lose an anemone, it can tear off a piece of the second one, which will generate a new anemone by splitting. This process takes only 20 minutes.
Thanks to an Israeli study, it is demonstrated that this crab manages to regulate the feeding and the growth of its anemones thanks to the scission.
Also, at the time of the moult, the boxer crab deposits its anemones on the substrate and recovers them after the moult.
To recover an anemone in each of its claws, it is able to attack a congener. If it has an anemone, it will be able to start the splitting process.

In the same category, there is the symbiosis between a hermit crab and one or more sea anemones. The anemone clings to the shell of the hermit crab to be transported effortlessly to the bottom of the ocean. It also takes advantage of this to retrieve the remains of the crab’s meal with its tentacles. On its side, the crab takes advantage of the protection of the anemone.