Planktovie / Our blog  / The jellyfish 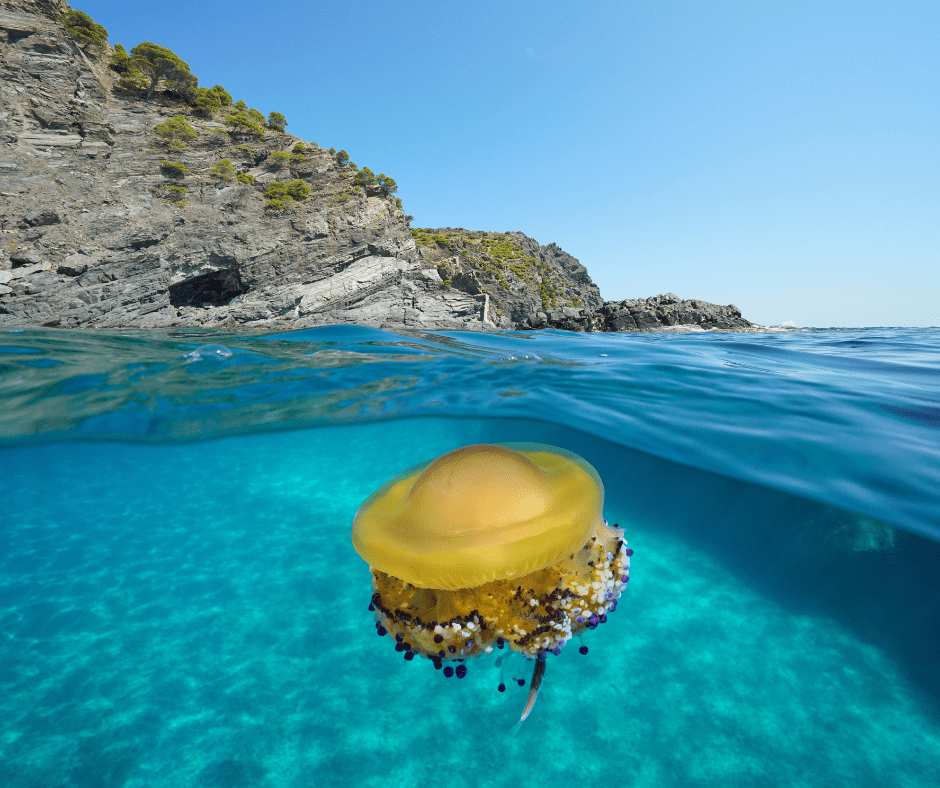 
Belonging to the family of cnidarians, jellyfish are mainly those tentacles filled with stinging cells containing poison that make its fame.
But beware, they are not only those that sting you in summer at the beach.

Unlike fish, they have no brain, heart or skeleton and have their own characteristics.

For example for its reproduction, it acts differently depending on its habitat (open sea or near the coast etc…).
Generally, they reproduce between males and females by budding. That is to say that it releases in the water ovules for the female and spermatozoids for the male. It is at the meeting of the two that the fertilization takes place.

Grouped in the category of invertebrates, the jellyfish is composed of 98% of water. This allows it to float. It has a stomach and a mouth on the bottom of the body. There are also some species with advanced eyes, arms or lips.

To swim, it lets itself be carried by the current and cannot go against the current even if it turns its bell towards a direction.
It is thanks to its wall that it can breathe properly even without gills.

Considered as food for some fish or corals, they are also eaten by humans, especially in Asia.

5 species of jellyfish likely to cross your path:

Reminder : If you come in contact with a jellyfish, we advise you to avoid moving around too much to avoid spreading the poison in your body. You can remove the tentacles with a cotton swab.

Have you ever been in contact with a jellyfish ? Tell us about it in comments.